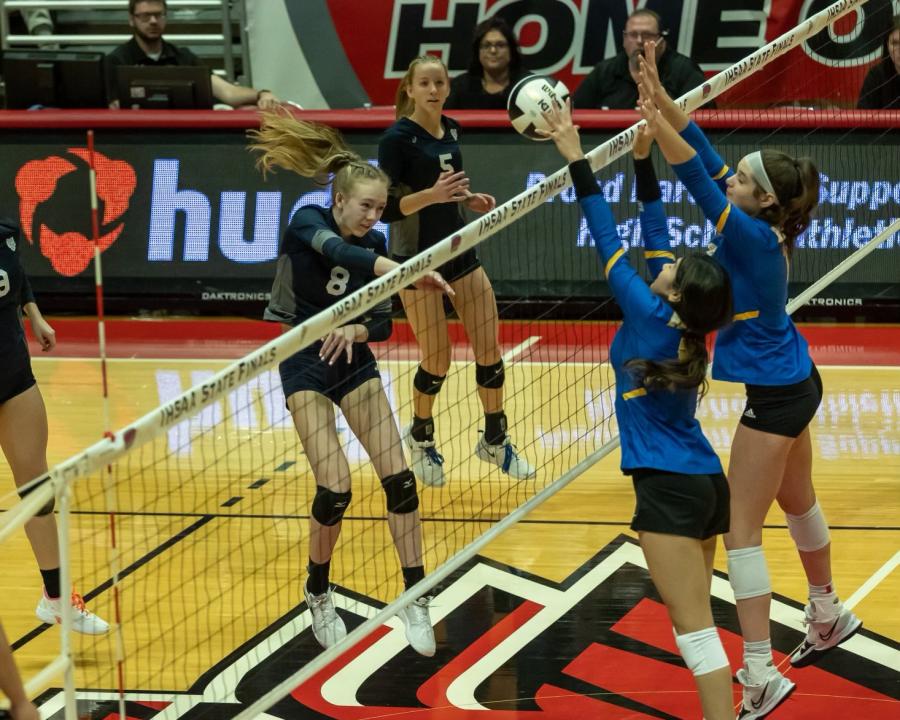 The victory for coach Anne Boyer’s Braves (34-4) marks second state title for the program, with the first coming in 2016.

A match of radical momentum swings saw nine ties and six lead-changes in set one and nary a lead-change and only six ties in any of the final four sets. Blackhawk took a 6-4 lead in the final set, then ran off a 9-1 spurt to finish the match.

Tecumseh, coached by Katie Johnson, was making its first appearance in the state finals since three-straight trips from 2002-04.

Following the match, Brianna Marx of Tecumseh High School was announced as the recipient of the Mental Attitude Award by the IHSAA Executive Committee.

She is an exceptional multi-sport athlete, participating in volleyball, basketball, and softball at Tecumseh. Brianna also has been an integral component of Tecumseh High School winning 42 consecutive conference volleyball contests during her four years as a student.

She is the daughter of Stephen and Mandy Marx of Elberfeld, IN and is interested in studying exercise science/physical therapy at Indiana State University.

Indiana Farm Bureau Insurance, a corporate partner of the IHSAA, presented a $1,000 scholarship to Tecumseh High School’s general scholarship fund in the name of Brianna Marx.