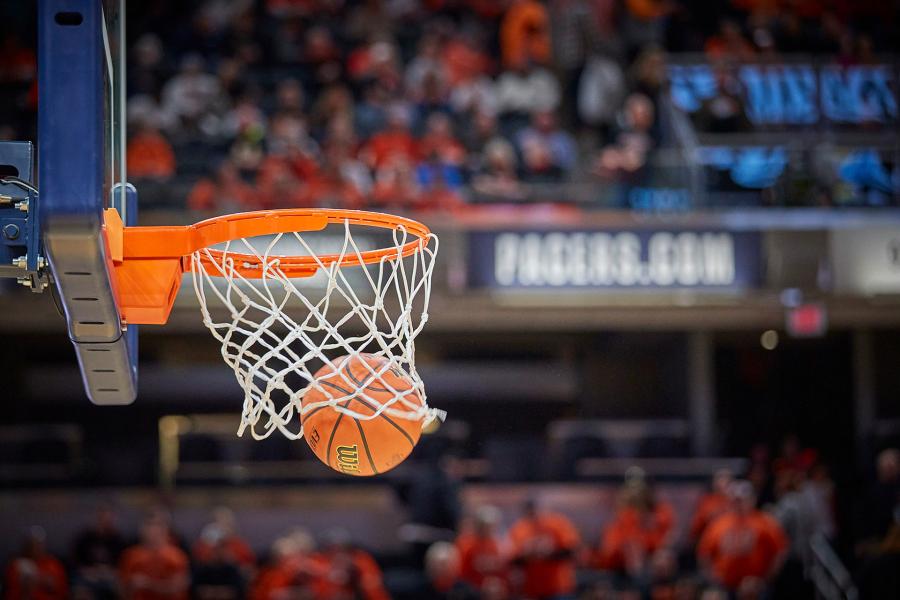 No more so than during Hoosier Hysteria.

A cherished stretch of boys’ hoops celebrated annually since 1911 across the Hoosier State, the Indiana High School Athletic Association basketball state tournament series for boys and girls is a time when student-athletes become legendary and for communities to rally around their hometown heroes.

Adams, who stepped down in 2022 after 29 seasons at Evansville Reitz, witnessed both, particularly during his three-year stint at Washington Catholic.

In 1991, his Cardinals won a single-class regional title, and two years later his first of four Indiana All-Stars in his coaching career, Toby Madison, powered the Cardinals to a sectional title.

In each of those winning scenarios, the crowds inside Washington High School’s Hatchet House, Adams reminiscences, were at near or exceeded capacity.

“I was privileged to coach before there was class basketball, so I’ve obviously seen our great game go through a lot of changes,” said Adams, who finished 398-267 with 18 winning seasons at Evansville Reitz.

Since 1997-98, the IHSAA state tournament has adjusted with the times, shifting from a single-class to a four-classification event, and beginning in the 2022-23 postseason, the spectacle will once more get an infusion of hysteria.

On June 23, 2022, the IHSAA Executive Committee approved to change the annual boys’ and girls’ basketball state tournaments, following a 15-2 vote by the group of school principals and athletic directors to make the regional round a single game and the semi-state round a two-game format. Previously, the formats were reversed for regional and semi-state and had been that way since 2002.

The recent state tournament alteration, according to IHSAA Commissioner Paul Neidig, will not only potentially increase semi-state attendance but will also generate more statewide interest prior to the State Finals games at Gainbridge Fieldhouse in Indianapolis.

“I think, what (IHSAA Assistant Commissioner) Brian Lewis is trying to do and the IHSAA, they’re just trying to make it better,” said Adams, Indiana Basketball Coaches Association president elect. “I think what we have to do as leaders is embrace change. Change can be really difficult sometimes, but I also think it can be really good. With what Brian and Paul Neidig are trying to do, this is a good thing.”

The numbers support Adams’ opinion. In the spring of 2022, Commissioner Neidig conducted a survey of principals, athletic directors and boys’ and girls’ coaches with 73.4 percent of those 781 respondents voting in favor of the change with at least 70 percent in all four groups approving.

“Everybody loves the two morning games and the night game tournament format just like we had in the one-class system. Just like the old regional format was, and we just moved it right before the State Finals,” Lewis said. “We are always looking to see if we could improve the tournament, and ultimately, when you really dig into it, you’re looking at double the amount of communities, double the amount of media that are continuing to cover Indiana high school basketball for a week longer, and then at the same time you have to win two games to advance to the ultimate goal of playing a game at Gainbridge Fieldhouse in the State Finals.”

Formerly, the state tournament’s semi-state round included the final four teams in each classification vying for advancement at four different sites. With the new format, the number of schools competing on the final stage before State will jump from 16 to 32, and the venues will double to eight.

“I think this puts a lot of communities in the tournament a week longer. It allows four more of our great basketball venues to be used. It allows the communities to experience people coming to their town and eating in their restaurants. At the end of the day, it’s going to crown somebody to play for a state championship.”

According to Noblesville girls basketball coach Donna Buckley, the new format change could pose difficulties and rewarding adversities to overcome.

More than familiar with girls' state tournament success, Buckley owns more than 320 career-coaching victories and has guided her teams to four sectional titles, a regional and a semi-state championship over 22 seasons.

Buckley's state-ranked Class 4A Millers finished 25-4 in 2021-22 to claim the program's second state championship and first since 1987.

However, the new format for 2022-23, while reminiscent of Hoosier Hysteria past, could make a repeat state run even tougher.

"I'm not thinking about the regional too much because our sectional is where my focus is," Buckley commented. "As for the new format, I think it's OK. The semi-state will be a much more difficult task. Playing two really good teams in one day and then adding the extended travel makes it a huge challenge, but it is a challenge we all want a chance at."

Sectional pairings for the 48th annual IHSAA Girls Basketball State Tournament were announced on Sunday, Jan. 22, via live stream on IHSAAtv.org and via radio broadcast on the IHSAA Champions Network with regional pairings also revealed.

Regional title games will be conducted on Saturday, Feb. 11, at 16 different sites with two games per venue.

The sectional pairings for the 113th annual IHSAA Boys Basketball State Tournament will be announced on Sunday, Feb. 19, and broadcast on the IHSAA Champions Network and via live stream on IHSAAtv.org.

Like the girls’ sectional pairings show, the boys’ pairings will be announced and will follow the same regional format on March 11.

“People don’t always like change,” Lewis said. People don’t always welcome change, but Indiana high school basketball will always be special no matter what format we put out there because we have a lot of people who love our tournament and come out and support their communities.”

The enthusiasm will get a boost less than 24 hours after the state’s 32 regional champions are crowned.

On the Sunday following regional competition for both the girls and boys, the IHSAA will conduct an additional random draw and announce the semi-state pairings during a live broadcast on IHSAAtv.org.

The new in-tournament semi-state pairings shows will allot the IHSAA Champions Network an opportunity to highlight several of the advancing teams.

“We draw the sectional, and we have already drawn what sectionals will face each other in the regionals, and you get two weeks through the tournament and then we have the opportunity to go on live television and almost reset,” Lewis said.

“There are so many things we can do with it. I think those are ideas we can continue to talk about with our Champions Network. We can continue to build that show whether it’s bringing coaches in live, Zoom interviews, watch parties; there are a lot of things that can develop around this. We’re really excited to have another Sunday focused on high school basketball in Indiana.”

IBCA Executive Director Marty Johnson agrees with Lewis, and he believes the state tournament’s format change could result in a callback to the fervor previously witnessed during the single-class era.

“There are going to be semi-states now where fans might find one or another attractive to attend. That’s certainly the hope,” Johnson said. “The bottom line is that regional week before semi-state will have a lot more teams involved, a lot more communities involved and a lot more fans interested. It’s going to make it that much more exciting for the kids. It is one of those changes being made that everyone pretty much agreed on.”

For those unable to attend the state tournament games, the IHSAA plans to utilize its Championship Network to reach its widespread fanbase.

“All of these semi-state games are going to be streamed, too. They will be available on IHSAAtv.org and people who can’t make the trip across the state are going to be able to watch these highly-competitive games from home or on their phone, if they choose to do that,” Neidig said.

“By there being more teams in the state that are still participating longer, we are hopeful that it will bring more excitement. The venues they get to play at, I think, is a good thing, too. I just hope people will be open minded and accepting that we are trying to do something that’s going to make it more exciting for our state tournament,” Adams said.